Major expansion of marine forests in a warmer Arctic

Future expansions of marine forests in response to changing climate will likely elicit major changes in biodiversity and ecosystem functions of the Arctic.

The Arctic Ocean is at the core of global climate change, warming three times faster than the rest of the world. As a result, ice loss has increased in the last two decades, causing a cascade of changes in the ecosystems. A recent study found evidence of expanded marine forests distribution in the Arctic during the last few decades, as well as increased abundance, productivity, and species richness.

By forecasting the spread of marine forests based on future environmental conditions within the physical bounds of the Pan-Arctic area, we provide a policy-relevant biodiversity impact assessment. This was performed by developing machine learning distribution modelling with anticipated changes in temperature, salinity, nutrients, and sea ice cover data collected from the Climate Model Intercomparison Project. 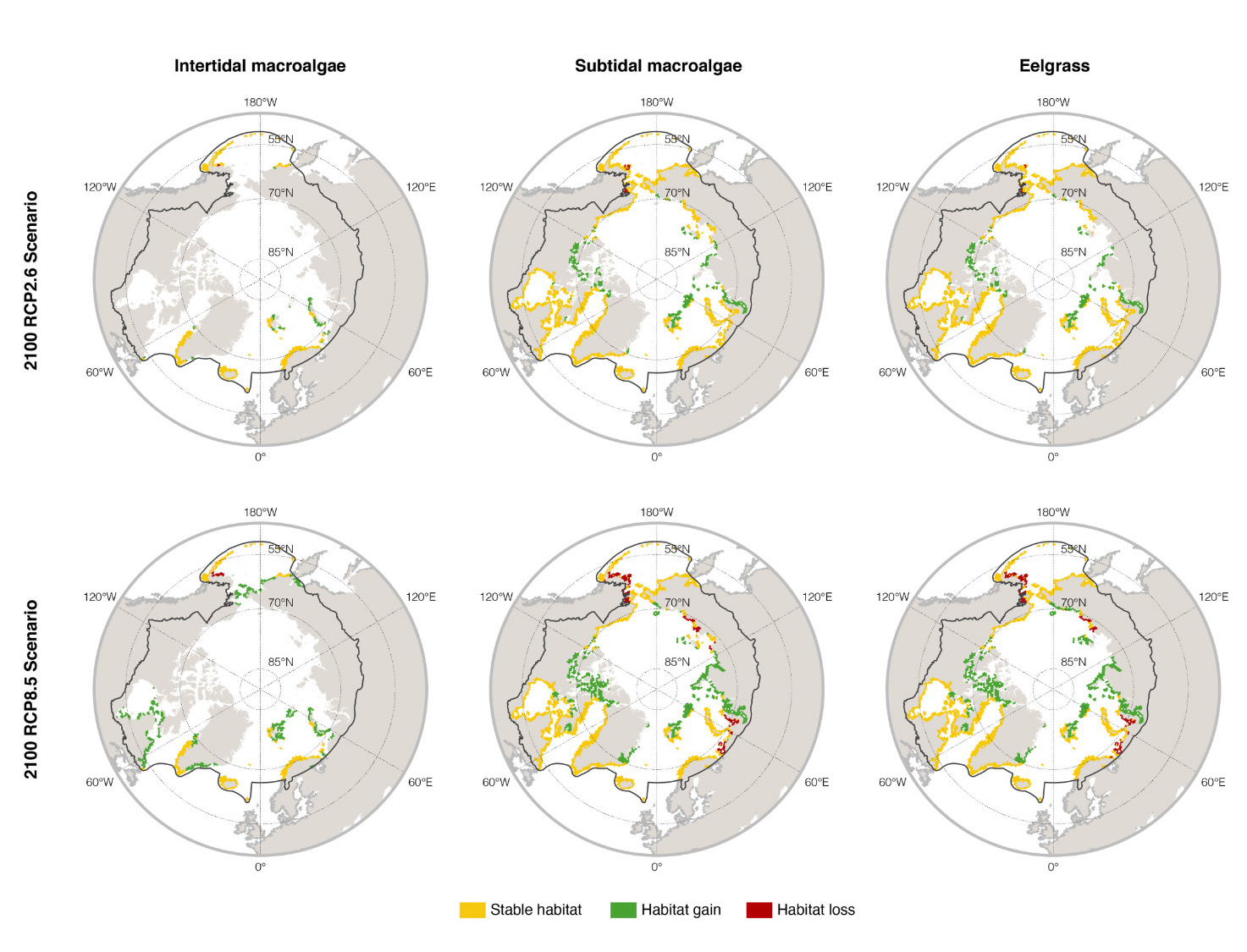 Models projected that Arctic marine forests may expand by between 69,940 and 123,360 km2 depending on the climatic scenario, with distribution boundaries migrating poleward by up to 1.5 degrees at a rate of 21.81 km per decade. In the future Arctic, such expansions in response to changing climate can result in significant changes in biodiversity and ecological functioning. However, expansions are less strong than those seen over the last century, indicating a general slowdown despite faster warming as habitats grow more crowded.

Biophysical modelling revealed that connectivity differs sharply among ecological groups, from highly connected (e.g., fish) to isolated ecosystem structuring species (e.g., corals) that might undermine conservation efforts, as they are the feeding or nursery habitats of many other species.